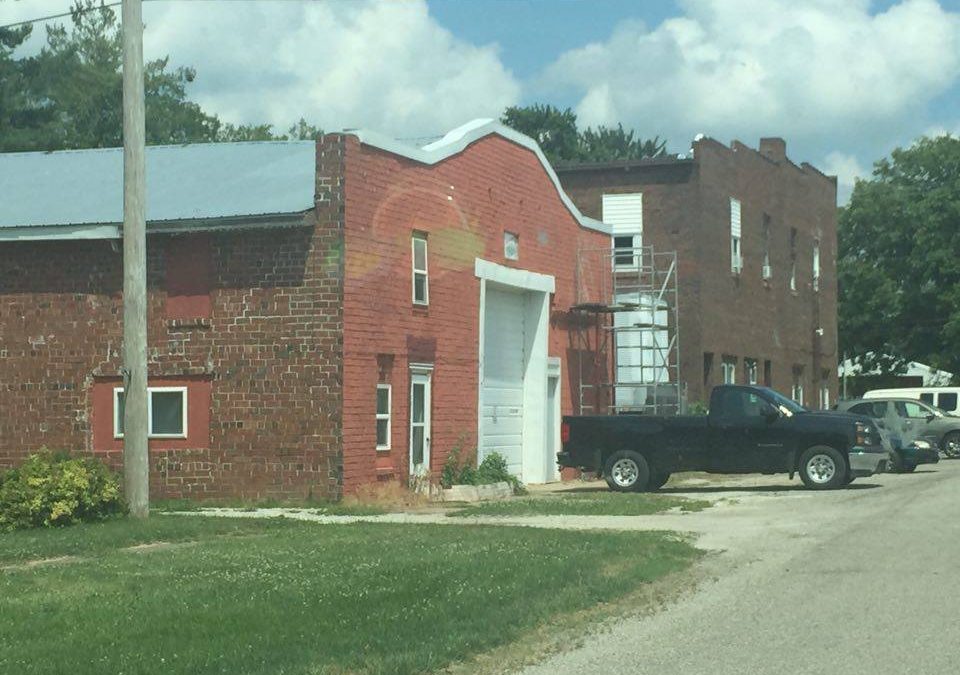 Last weekend I visited home.  I thought it would be nice to drive through the town that Edward Corbly help create and take a couple pictures.  The school I attended from K – 4, the post office/store where I would stop and get a candy bar when walking from school to the church, the church that I attended vacation bible school (not even my religion, but a lot of my family goes there, so I went each summer and even sang in the choir sometimes).

As I drove through town, I did see a town that is still really small.  Population 200 according to one of the signs I’ve found.  One of the homes has a sign that says “Drive like your kids live here” (love that)….  I took a few pictures quickly with my cell phone thinking I would come back.  Driving through with my mother driving.  This was in my mother’s car, a car that has driven through town many times in the past…

I won’t post the rest of the story as this apparently caused quite an uproar.  I will say I drove through Belgiumtown w ith mom (outside Westville) and didn’t have anywhere near the reaction….  So my question or pondering really comes down to, what is the proper way to record memories and history.  Downloading and using others pictures really should not be used for anything you will publish – even on a blog.  For anything to be published you should take your own pictures.  For historic records you must have permission to publish the pictures unless they are within certain constraints (not a lawyer, don’t know what they are).

There are SO many things from history that I wish had been recorded, both people and places!  Many were before pictures were easy to take like they are now, but pictures are such a great way to bring back memories and record history – I try to take them when I can. I even try to throw in video once in a while.  When going on trips I try to include people in the pictures also.  There are many family members that I miss immensely and seeing them in places at certain times brings it all back.

So what’s appropriate?  Do you feel that pictures of your house by former residents are inappropriate?  Pictures of public places?  What about in a small town?  And what about if it’s a house that was a public building in the past?  – It’s gone now, but friends lived in the one room schoolhouse that my father went to school in.  To top it off the larger school (Fithian Grade School) that I went to school in was being converted to a home the last time I heard anything about it….  So pictures?

Keep in mind what I’m talking about involves standing or being in a car and taking pictures from a public location.  Pictures that are all of things that can be seen from a public place.  I’m not talking about taking a drone and flying up to take a picture in a second floor window… that would be creeeeeepyyyyyy!

Some tips that I try to stick to:

I have to admit I wasn’t the one that posted the picture that got the negative comments, but I did take it and I did send it to a friend that had asked for it.  It took a while because I came in late to the game to even figure out which picture had caused trouble…  When I found out, it turned out it was a picture I had taken of a foundation for me to research later what had been at that location.  I’ve been looking for the train depot in town and a foundation seemed like something to look into….

For taking pictures I have my cell phone and I have a nice Cannon camera.  I usually will take any quick pics with my phone and anything that I want to keep for good I take with my good Cannon camera.  I have a Wifi connector for my camera making it easy to transfer the pictures and an eyefi card also.