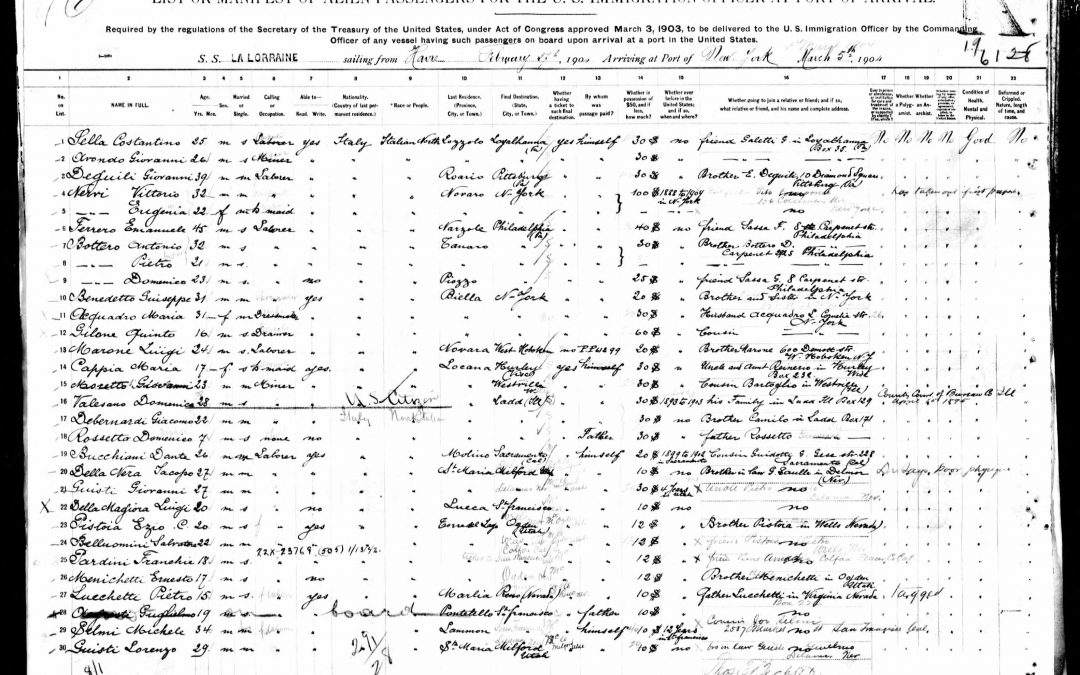 When my great grandfather Moretto immigrated to the US he included on the ship manifest that he was coming to be near a cousin in Westville Illinois.  This was right between two censuses, making it hard to be sure that the family would be in the same place at the 1900 Census and the 1910 Census, but my next step should be to search for a person living in the area with a similar name around those times.

My mother remembers being told that my great grandfather was an orphan, but I remember hearing a story about him visiting an aunt that lived in Havre France….  So finding whether he knew his family would be interesting.  Great Grandfather passed away when my Grandmother was only about 3 in the flu of 1918.  He had worked as a coal miner his whole life in the US, and left 9 kids with my great grandmother.  My great grandmother scraped by, cleaning houses, raising a garden, and doing what little she could.  My grandmother was the only one of the kids to be able to go to high school.  Her mother thought she was too sickly to be able to work, according to my grandmother…. so the kids scraped together the money for her to go to school. My grandmother borrowed old school books and managed to finish high school.  I remember her getting to attend her 50th class reunion!  One of her jobs, and the one she was working when she married my grandfather, was as a kindergarten teacher.  -Teachers at the time couldn’t be married, so she had to hide her marriage until later.  My grandfather and grandmother got married in Indiana to hide their marriage.

Things that I will search include Census Records and Directories….